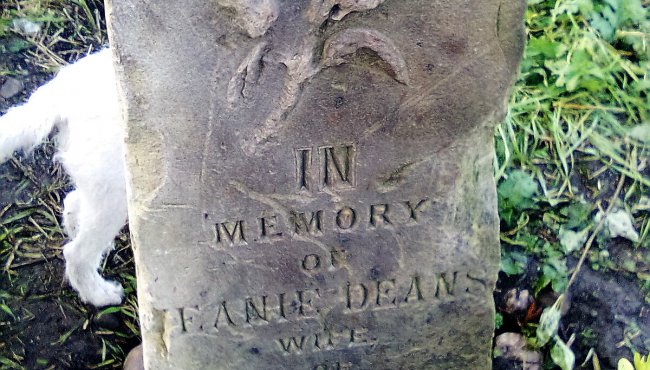 An Eckford resident recently discovered a Memorial Stone in his garden commemorating the life of Jeannie Deans wife of
Jas Rutherford.  Some research undertaken appears to suggest that this stone may relate to Jeannie (Janet Deans Born 5th October 1823 in Hawick (Wilton Parish) died in 1841 (aged 18).  If this is the case then her parents were Robert Deans and Helen Rutherford.

If anyone has any information on Jeannie Deans wife of James Rutherford living in Eckford at any point in the past it would be great to hear from you.  Click on "Contact Us" button or email cencomms@hotmail.co.uk